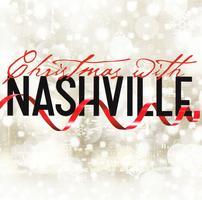 Summary: During World War II, Navy Lt. Neil Thomas bids Caroline, his pregnant young wife, farewell at Union Station. Before their son is born, Neil's plane goes down in the Pacific and he's declared MIA. Caroline is devastated, but her love never dies. For the next 65 years, Caroline returns to Union Station on the anniversary of her loss to salute his memory. When a TV journalist learns of the...

Summary: For Rayna James and Deacon Claybourne, the road to intimacy is rocky as ever. Devastated by his sister's death, jealous of Rayna's focus on a sexy recording artist and unsettled in his new role as Maddie's father, Deacon lashes out, forcing Rayna to make some agonizing choices. And, despite having a new baby and a hit movie, Juliette Barnes is spiraling downward in a haze of partying, drugs and...