Summary: With an overabundance of cocaine at their disposal, the team forms a cartel and sets out to sell the drug. As this dubious new venture speeds into hilarious motion, the team deals with addiction, Cheryl's turn as a country singer, an FBI bust, an open marriage, and an announcement Archer couldn't have imagined. 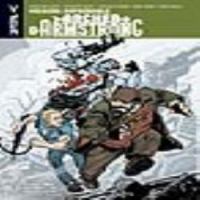 Summary: Archer & Armstrong are going to war with Bloodshot and H.A.R.D Corps! (GULP!) That's right, Valiant's globetrotting adventure duo have been targeted for elimination by Project Rising Spirit's most elite kill crew. Their mission? Assassinate the the newly appointed leader of a homegrown fundamentalist terror sect named...Obadiah Archer?! And if they could take out his mentally ill, alcoholic...