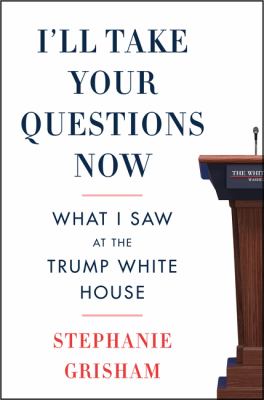 text I'll take your questions now : what I saw at the Trump White House

Summary
"Stephanie Grisham rose from being a junior press wrangler on the Trump campaign in 2016 to assuming top positions in the administration as White House press secretary and communications director, while at the same time acting as First Lady Melani... Read more

Publisher
Harper, an imprint of HarperCollinsPublishers 2021