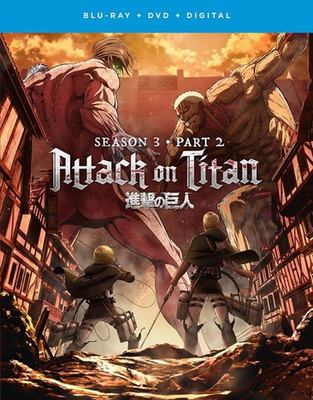 In the walled enclave where the remnants of humanity shelter from the Titans, giant creatures who have taken over the rest of the world, Eren and Mikasa join the fight against them after the city is breached and a Titan kills their mother.

The town where everything began -- Thunder spears -- Descent -- Perfect game -- Hero -- Midnight sun -- The basement -- That day -- Attack Titan -- The other side of the wall.