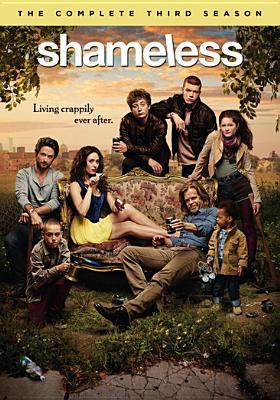 Summary
Spring roars like a lion in season three! Frank's latest schemes range from gigs as a drug mule and gay rights spokesperson to calling Child Services on his own kids. While Fiona finally finds relative stability in the corporate world, househusban... Read more

Contents
Disc one. El Gran Cañon -- The American dream -- May I trim your hedges? The Helpful Gallaghers -- Disc two. The sins of my caretaker -- Cascading failures -- A long way from home -- Where there's a will -- Disc three. Frank the plumber -- Civil w... Read more