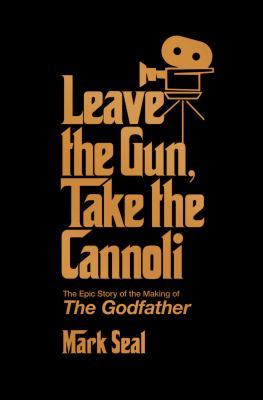 text Leave the gun, take the cannoli : the epic story of the making of the Godfather

"The incredible true story of the making of The Godfather-one of America's most popular cinematic masterpieces-featuring interviews with the director, producer, cast, and crew, just in time for the film's fiftieth anniversary"--

Contents
Preface: a story as extraordinary as the one told onscreen -- Prologue: to the mattresses! -- "I just go out and kill for them" -- The man in the gutter -- Hurricane Charlier and the kid -- The best selling writer in the world -- The producer: the... Read more