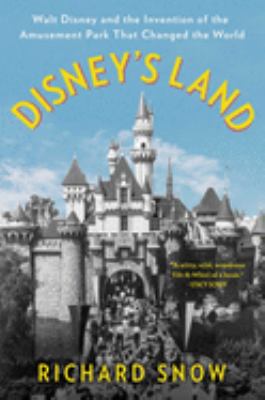 text Disney's land : Walt Disney and the invention of the amusement park that changed the world

Summary
"By the early 1950s Walt Disney's great achievements in animation were behind him, and he was increasingly bored by the two-dimensional film medium. He wanted to work in three, to build an entirely new sort of amusement park, one that relied more ... Read more