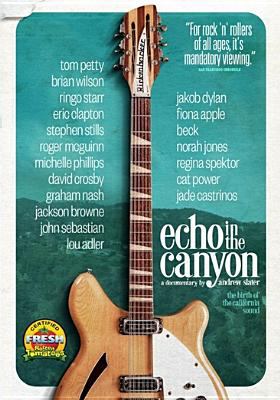 moving image Echo in the canyon

Summary
Documentary celebrating the explosion of popular music that came out of LA's Laurel Canyon in the mid-'60s as folk went electric and the Byrds, the Beach Boys, Buffalo Springfield, and the Mamas and the Papas gave birth to the California Sound. Fe... Read more