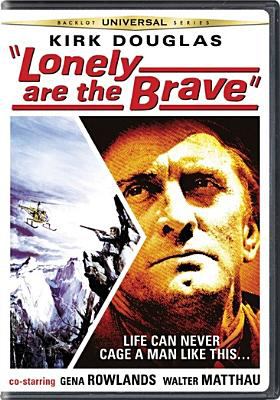 moving image Lonely are the brave

After landing himself in jail trying to break out his friend, Jack Burns finds himself alone and on the run from the law. Leading the manhunt is Sheriff Morey Johnson, who must bring Burns to justice despite his own sympathy for the fugitive.