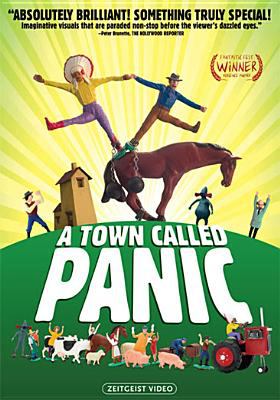 Summary
A stop-motion animated film about toys come to life, based on the Belgian television series with the same title. Cowboy and Indian give Horse a homemade brick barbecue for his birthday, but too many bricks arrive and they destroy their house. Surr... Read more