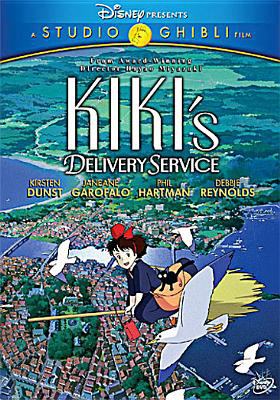 Summary
A young witch named Kiki and her chatty black cat Jiji befriend a bakery owner. Kiki is an enterprising young girl, but she must follow tradition in order to become a full-fledged witch. Landing in a far-off city, and with the help of her new frie... Read more